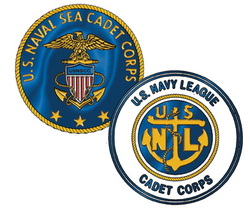 Sea Cadet organizations exist in most of the maritime nations of the world.  Recognizing the value of these organizations in educating youth in maritime matters, the Department of the Navy requested the Navy League of the United States to establish a similar program for American youth.  The Navy League agreed to do so and formally established the Naval Sea Cadet Corps (NSCC) and Navy League Cadet Corps (NLCC) in 1958.  Recognizing the importance and benefits of the NSCC, Congress on September 10, 1962 federally incorporated the Naval Sea Cadet Corps under Public Law 87-655 (36 USC 1541).

Hornet Division in Tacoma was at the forefront of the organization in 1958 through the interest of a strong Naval community at that time.  NSCC HQ ranks Hornet Division as the oldest continuing Sea Cadet unit in the nation.

The mission of the Sea Cadets, with the cooperation of the Department of the Navy, is to encourage and aid American youth to develop, train them in seagoing skills, and to teach them patriotism, courage, self-reliance and kindred virtues.
UNSCC National website